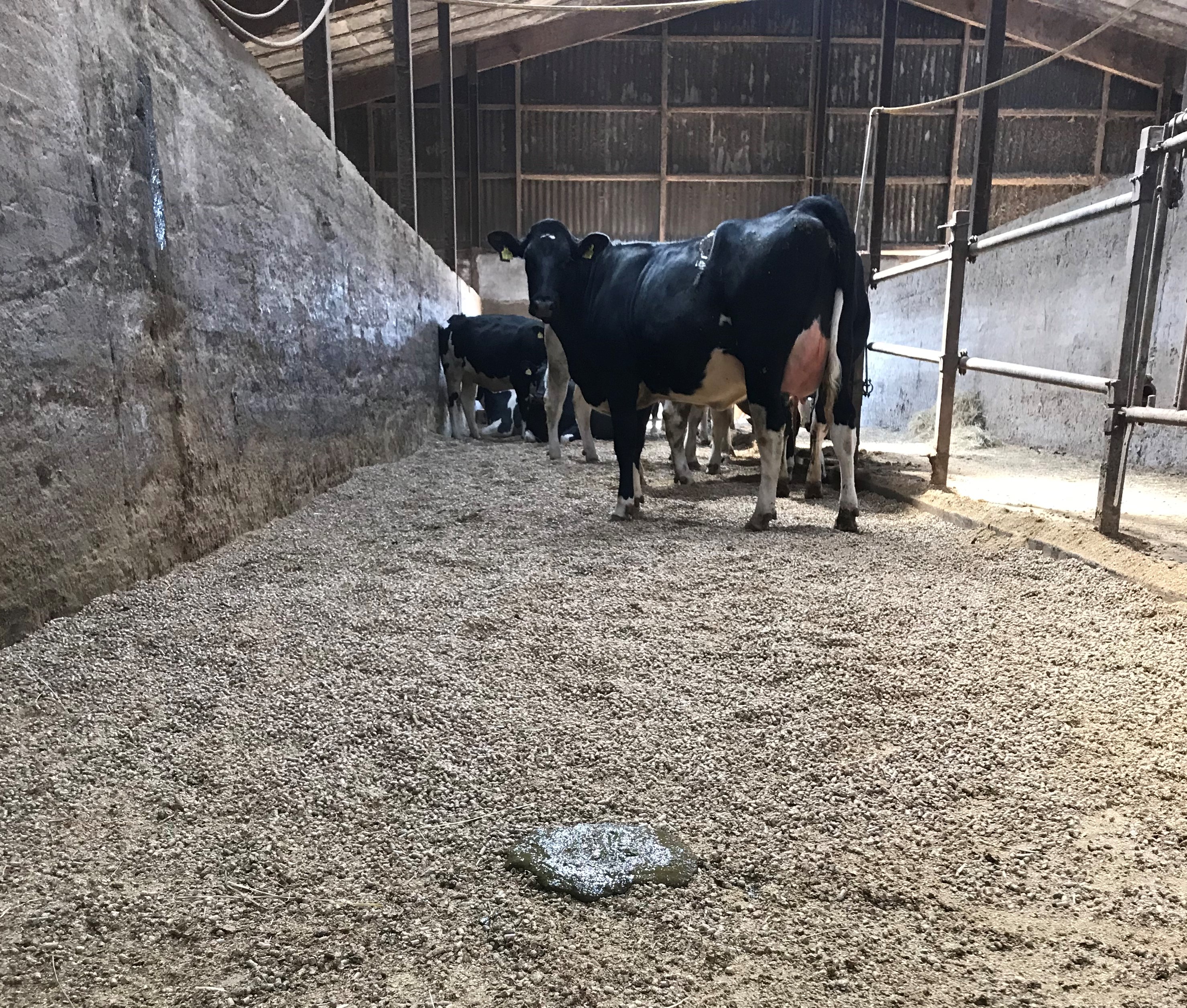 Storde Biogas is located near Bredebro in the southern part of Jutland and is owned by the two farmers Brian Bech, Jan Dahlmann and Niels Dahlmann. Storde Biogas was built in 2018 and consists of a Lundsby plant with an ammonia gas upgrade plant. The plant produces 5,200,000 m3 of gas per year.

The owners supply most of the manure and deep litter for the plant and the rest comes from other suppliers. Both owners use straw pellets, which do not require processing before being taken into the biogas plant. The dry matter percentage is higher in deep bedding, where straw pellets are used compared to the cut straw.

Testing of SeoFoss: How they did it
At the start of the experiment, analyses were taken of all incoming materials, which were analyzed for potential biogas yield. Over the first week, 20 g SeoFoss per m3 of the volume of the reactors was supplemented in the two reactor tanks. Thereafter 20 g of SeoFoss per quantity of m3 fed to the plant were continuously added. In practice, SeoFoss was added twice a week. 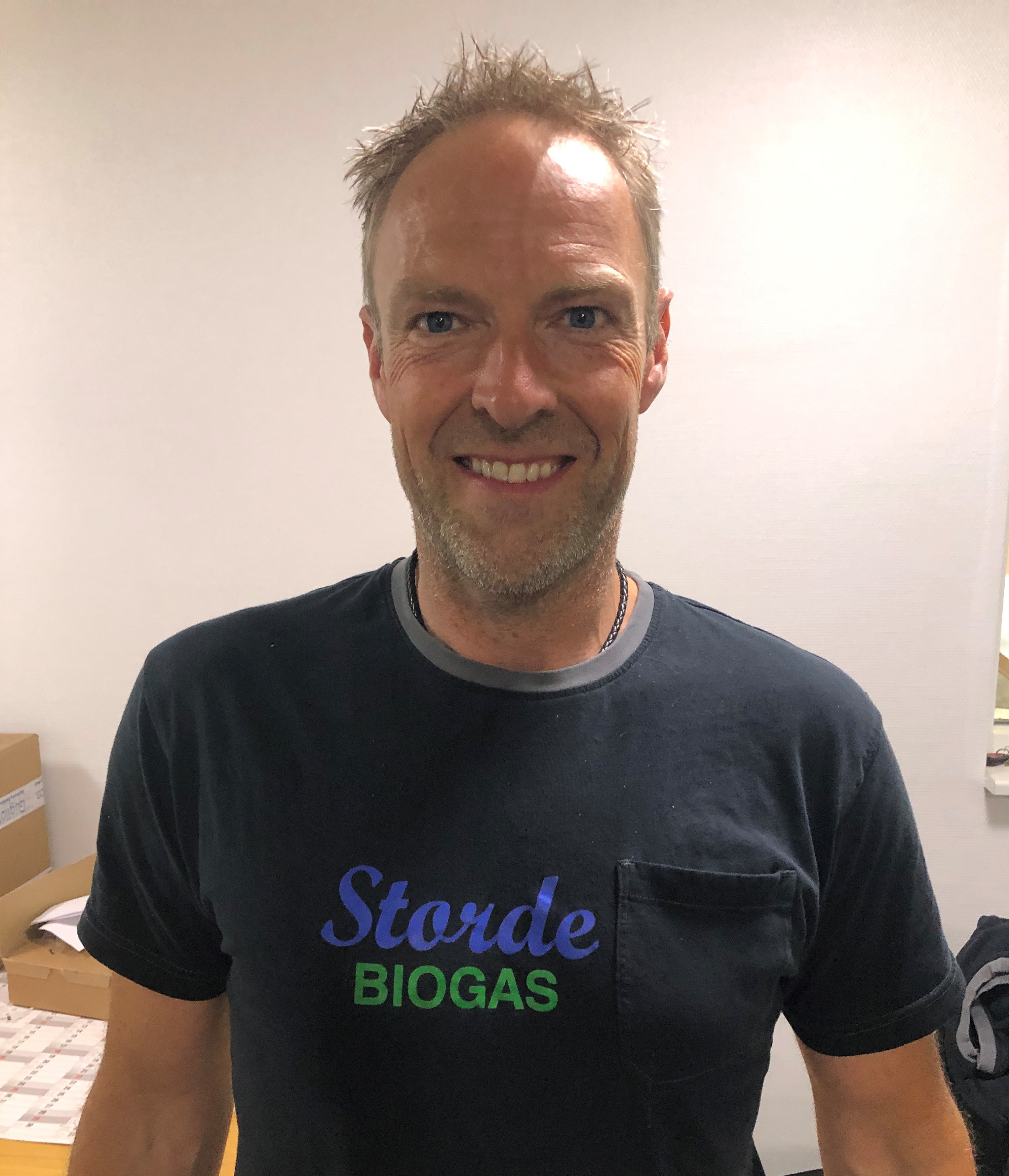 Henning Nissen, operations manager at Storde, talks about their experiences: “We got more methane out of our products compared to before. In addition to the changed production, the degassed manure is now much more homogeneous. The top solid layer is now far firmer than before. The manure is easier to handle.”

Figure 2. Efficiency (the ratio between expected and realized production) is increasing, which indicates that we have a better methane utilization of our goods

The better methane utilization in the plant was also observed in the degassed manure. Here, some nutrients were reduced, and digestion experiments showed that the potential methane from manure was reduced by about 20%.

Figure 3. Analysis of the degassed residual slurry before and after addition of SeoFoss 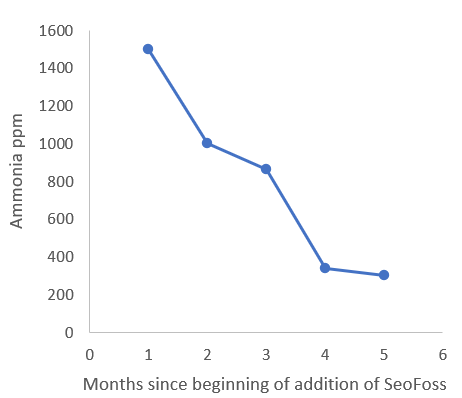 The ammonium concentration dropped rapidly from the start of the experiment, from a level of about 1,500 ppm to 300 ppm. The measurements were made with dräger tubes. A lower ammonium concentration is an indicator of a better environment for the bacterial cultures, fewer odor nuisances and less rust formations.

In the biomass, on the other hand, the ammonium concentration was increasing (Figure 5). Biomass supplemented with SeoFoss therefore has a better fertilizer value.

Figure 5. More nitrogen and less nitrate in the biomass