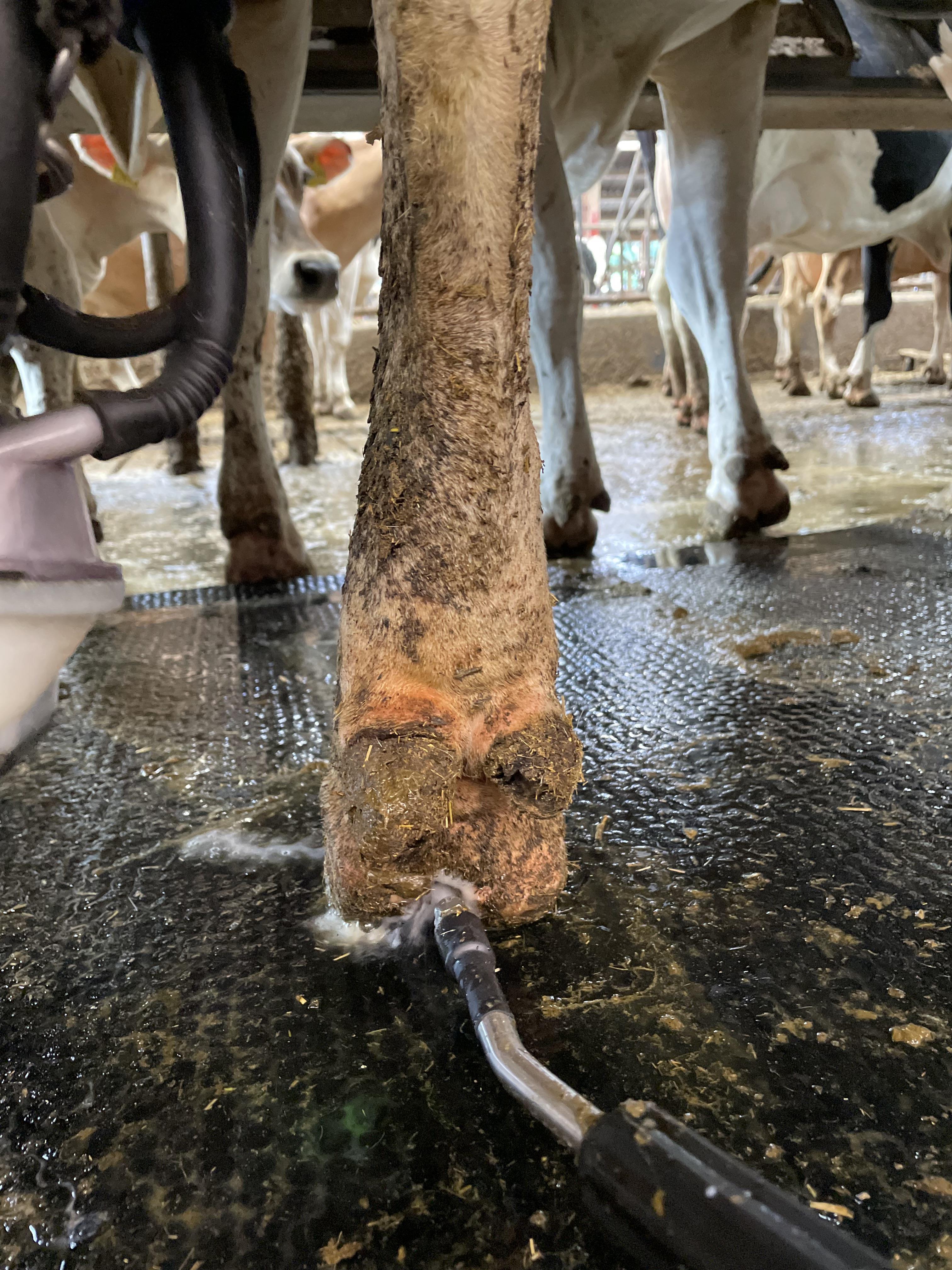 The trial was started close to the New Year 2021 on two German farms with approx. 70 cows each, altogether 139 cows. All cows went through hoof trimming, and all digital dermatitis (DD) cases were registered. At the same time all DD cases of concern (M1>1,5 cm, M2, M4 and M4.1) were treated with 66% salicylic acid ointment under bandage. After 2-3 days the bandages were removed and it was observed that there were no more open wounds, but not fully healed in most cases. 14 days after finishing the salicylic acid treatment, two weekly treatments with HooFoss on one of the rear hooves on all cows were introduced. The application was done by a special battery-driven sprayer with a focus on the hoof cleft and skin area above the rear hooves. The nozzle of the sprayer was placed directly in the hoof cleft for a short flushing and then continued while moving the nozzle out and further up on the skin area above the hooves. All cow rear hooves opposite to the treated hooves did not receive treatment other than the initial salicylic acid.

The hoof specialists are primarily focused on reducing M2 and M4.1 because those acute conditions cause pain, lameness and reduced milk yield. M3 describes a painless DD wound in the healing phase. M4 includes chronic DD wounds with an overgrowth (wart-like) appearance, typically with no pain or lameness. HooFoss provides the necessary protection on the skin for the cow’s immune system to heal M4 wounds, but it takes longer, typically 3-6 months. 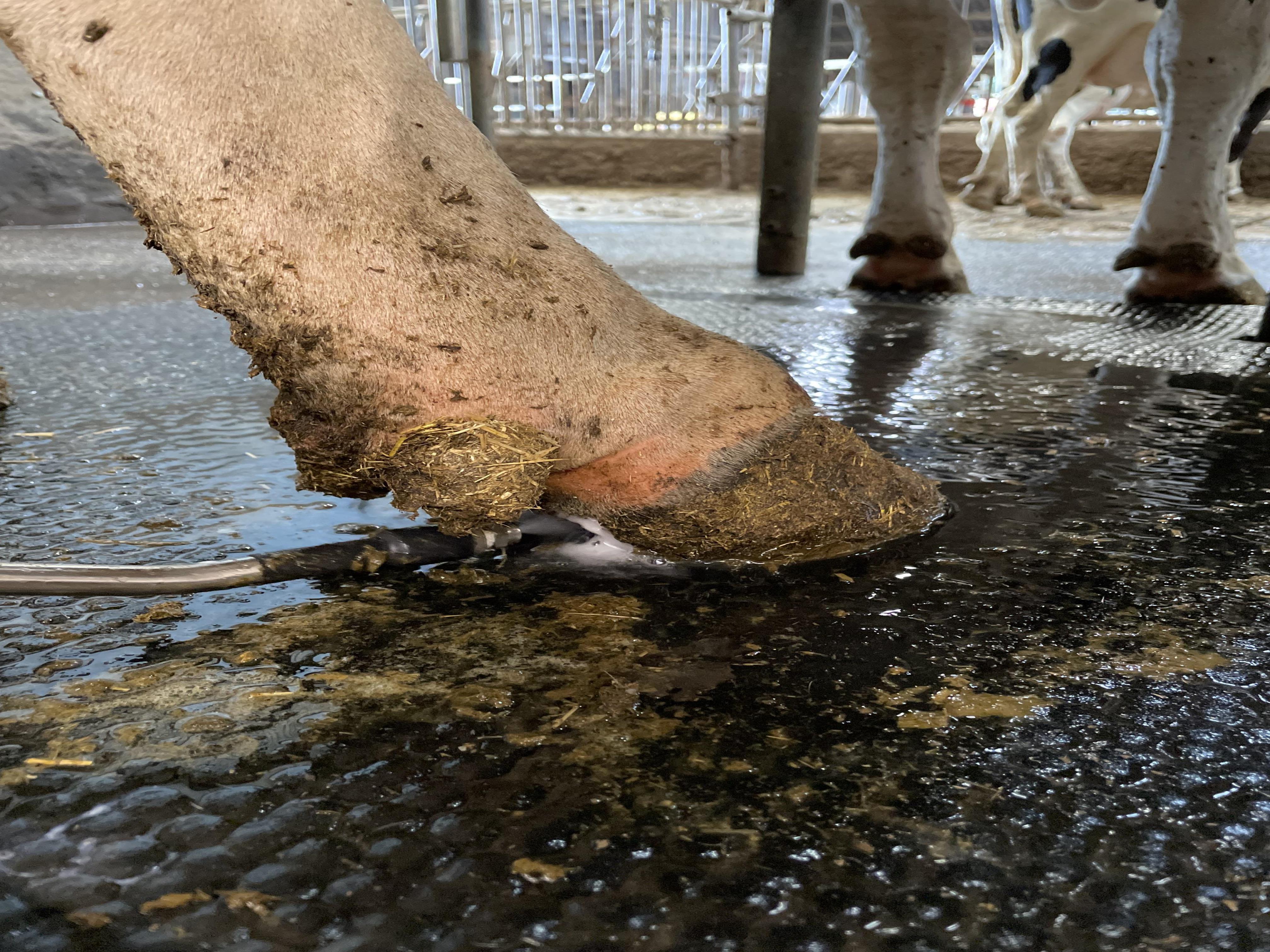 After 21 days with 6 treatments with HooFoss, the results show a significant reduction in digital dermatitis stage M2 and M4.1, compared to control. Also, an increase in the healing stage M3 was observed.

The study is still running and further significant improvements in DD have been observed in the HooFoss treated group. For ethical reasons, both rear hooves on all cows will soon receive HooFoss treatment. Here further development in DD will be observed, and lameness score and milk yield will also be included.