For control of humidity and ammonia in rearing pens, think Stalosan F

Northland Dairy Farmer Paula Summers describes herself as “a hygiene freak” and says that Stalosan F is an “absolutely brilliant” drying agent and biosecurity aid in the rearing shed.

Paula and Alistair own Wakelin Dairy in Kerikeri. They calve over 1000 cows annually, rearing around 300 heifer replacements. They also sell approximately 100 Friesian and 100 beef calves at 1 week old.

Two plastic tunnels contain 10 pens in each. The tunnels tend to get very humid.

Stalosan F was a new product in their rearing programme last year. “We had always sprayed rearing pens with a disinfectant before but now we add Stalosan F, too. We use it both under the bedding and then ad lib wherever and whenever needed,” explains Paula.

Some of the calves are reared in plastic tunnels and some in new purpose-built calf sheds. Bedding in the calf pens consists of post peelings, with wood shavings added on top as needed. Paula notes they change the bedding and spray the pens (adding a layer of Stalosan F, too) in between calf lots. 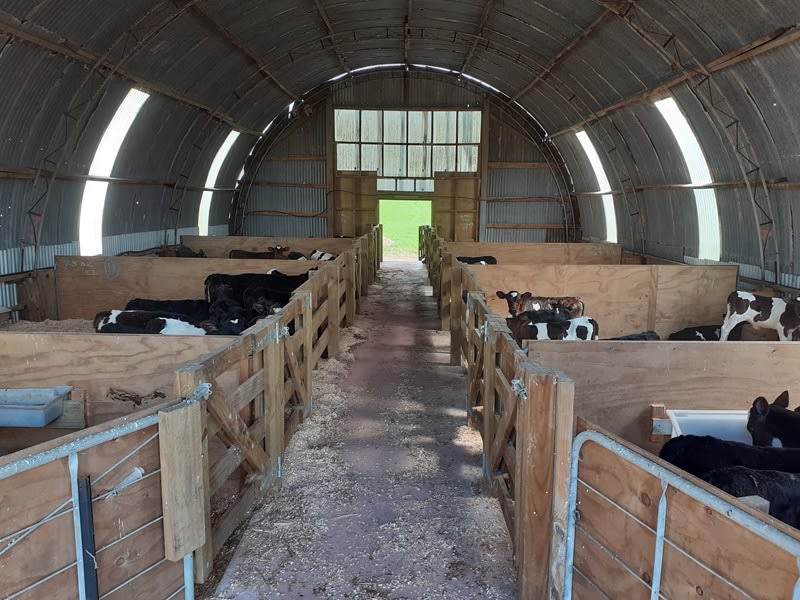 The tin shed has 8 calf pens. Paula sprinkles Stalosan F in the pens and down the middle to control bacteria.

“Stalosan F is an absolutely brilliant product,” she says. “We find it especially effective in our plastic calf tunnels, which get really humid. It has made a big difference to both the humidity levels and the ammonia smells.”

Stalosan F is a natural mineral formulation, containing forms of phosphates, specialist clays, minerals and oils. The minerals bind ammonia and moisture to improve the environment and reduce the potential proliferation of pathogens.

It’s unique because it is non-toxic and will remain active for several days, attaching to organic matter and stabilising the microflora and chemical balance. 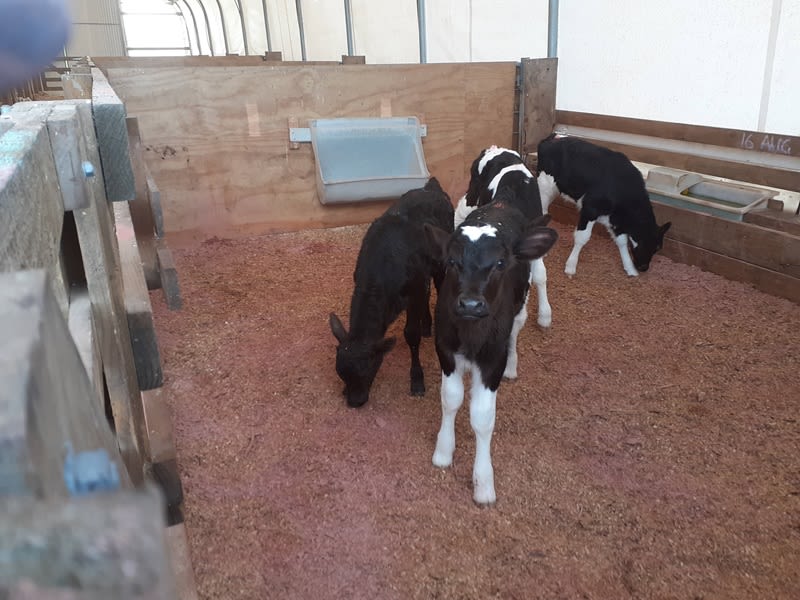 “As you can see, the calves like to eat the Stalosan F powder after I’ve sprinkled it around” says Paula. “I can confirm it is very safe!”

“I tend to use Stalosan F quite liberally in any damp spots or where water gets into the pens, like around the troughs,” Paula continues. “I flick the powder around by hand. It is pretty easy, and safe to handle.“

“I recommend Stalosan F as a highly effective drying agent. It costs about the same as similar products, but I think it’s more effective. We will certainly use it again this year.”

AgriVantage recommends using Stalosan F in conjunction with a strong liquid disinfectant. The two biosecurity aids work differently: a liquid disinfectant will kill pathogens it encounters on application but is quickly deactivated by organic matter. Stalosan F will remain effective for several days, minimising the proliferation of diseases entering the animal house with newly introduced animals.

Share
Frontpage News For control of humidity and ammonia in rearing pens, think Stalosan F
Back to Top