New reality of piglet weaning: How Stalosan can contribute to a new health strategy

Reasons for the zinc oxide ban

Zinc oxide (ZnO) was commonly fed postweaning to pigs with concentrations at (2,000–3,000 ppm) to reduce enteric bacterial disease and increase growth because of the positive impact on pig microbiota, which is unstable at weaning with a decrease in lactobacilli and bifidobacteria. It takes 5-10 days to recover from weaning and adapt to the solid feed. Under hygienic and healthy conditions, bacteria diversity increases one week after weaning, while under poor sanitary conditions, intestinal dysbiosis remains. The extensive use of pharmacological levels of ZnO has raised concerns about the environmental impacts of excretion and accumulation of this heavy metal in the environment. In addition, high doses of dietary ZnO have been linked to the development of antibiotic-resistant microorganisms, which are considered threats to human and animal health.

In this regard, EFSA suggested that a total level of 150 ppm meets the animal's physiological needs for zinc. The European Commission has turned this recommendation into law; hence 150 ppm is now the legal limit for zinc supplementation for piglets.

Impact of the ban on pigs and farm management

Unfortunately, this amount of zinc does not protect against enteric diseases. Therefore, a new strategy is needed to avoid the post-weaning peak in morbidity, based on feed formulation, gut health, improved hygiene and strict biosecurity. Additionally, the immunological gap occurring during weaning and the stress of forming a group hierarchy makes the pigs highly susceptible to various microorganisms, increasing the requirements for excellent hygiene in the barn. Physical barriers and hygiene practices can achieve optimal security as a part of strict biosecurity, which is vital to protect animals from the import and spread of pathogens.

Stalosan F, which is approved for application in the presence of animals, can help to overcome this challenge, similar to the antibiotic growth promoters ban.

With over 50 years of practical experience, it is well documented that Stalosan F can significantly reduce the level of disease-causing pathogens, Studies show a 50% reduction in diarrhea with weaned pigs.

Better health of the animals requires less medication, especially antibiotic treatments, which is essential to prevent development of multiresistant strains and keep the antibiotic potency.

A recent example of Stalosan F efficacy is a Danish farm switching to antibiotics-free production, resulting in umbilical hernia occurring in 4% of the pigs. Iodine treatment as well as sawdust and potato flour did not help to solve the problem and was replaced by Stalosan F application. Over the course of three months, the prevalence of hernia had dropped from 4% to 2.8%. Stalosan F was evenly spread over the lair surface with 50 g 1-2 times daily, according to the needs. Treatment was economically effective as well, providing extra profit for the farmer.

The ZnO ban is raising the need for better hygiene and ways to protect the animal health of the weaning piglets. Stalosan F can play an important role in reducing the pathogen challenge, mortality and morbidity and medication cost, helping piglets overcome the immunological gap and stress of group forming and feed change. 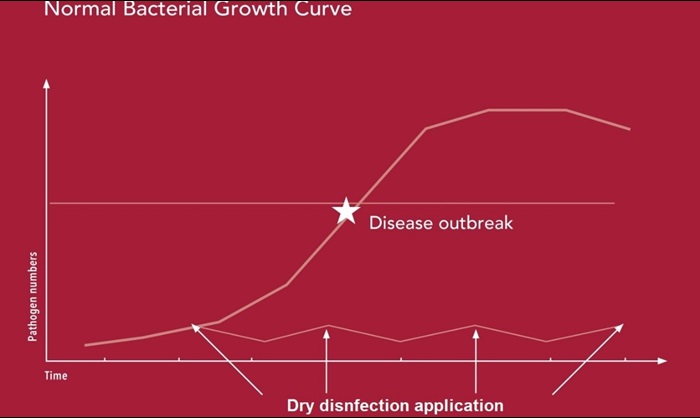 Further, by reducing ammonia and moisture in the environment, Stalosan F contributes to animal welfare. The smell of Stalosan F will mask the piglets' smell, which calms down the animals, reduces fights and prevents cannibalism.

Share
Frontpage News New reality of piglet weaning: How Stalosan can contribute to a new health strategy
Back to Top