X-Zelit is a calcium binder for prevention of hypocalcaemia. Supplementation of X-Zelit in the last 14 days of the dry period is increasing the plasma calcium level, and thus it is expected that X-Zelit has a positive impact on reproduction.

In 2017 Cornell University carried out trials with X-Zelit among multiparous cows with a yield around 15.000 kg ECM. The trial showed, in line with earlier trials, that cows supplemented with X-Zelit in the close-up period could maintain a stable calcium level during calving (figure 1; Kerwin et al., 2018b).

Figure 1. Plasma calcium level for cows supplemented with and without X-Zelit in the period around calving.

The trial carried out at Cornell University also examined the reproductive performance of the cows, and it showed that cows supplemented with X-Zelit had a better pregnancy rate than the cows in the control group (figure 2).

The figure shows the days to pregnancy for multiparous cows. The cows in the X-Zelit group are having fewer empty days than cows in the control group. Median time to pregnancy was 19 days earlier for cows fed X-Zelit. These highly improved reproduction results correspond to a study in New Zealand in which pasture-fed multiparous cows were supplemented with X-Zelit. The cows that were given X-Zelit became pregnant 7.5 days earlier in lactation compared to the control group. In this study, pregnancy was also assessed in relation to start time of seasonal insemination, and it was found that cows in the X-Zelit group were pregnant 13.8 days earlier in the season than in the control group (Roche et al., 2018).

The positive effect of X-Zelit supplementation on reproduction was also visible around day 150 (figure 2) in the trial in Cornell. At this point 30 % of all cows in the control group are still not pregnant, while only 10 % of the cows in the X-Zelit group are not being pregnant yet. This corresponds to findings at Caixeta et al. (2017), in which there was about twice as many non-pregnant cows in the group of hypocalcemic cows compared to the group of normocalcemic cows by 120 days into the lactation.

Other effect on production parameters were investigated. In the trial at Cornell University an average yield increase of 0.8 ECM was found in cows supplemented with X-Zelit (figure 4). The positive yield increase is a result from higher levels of fat and protein.

Figure 4. Energy corrected milk during the first 4 weeks for cows supplemented with or without X-Zelit.

Figure 5. Dry matter intake before and after calving for cows supplemented with or without X-Zelit.


The results from Cornell and other studies indicate that also reproduction is very influenced by the calcium balance of the cows around calving. Thus, calcium level is not only a temporary problem at calving – it is influencing the production level through the whole lactation. Many farmers do not know the level of hypocalcaemia in their herd, and often it turns out that the number of cows with hypocalcaemia is much higher than the farmer had imagined and higher than the clinical incidences of milk fever are indicating.  This leads to indirect loss of income and therefore it is advisable to take blood samples to estimate the calcium level of the herd and to make initiatives to keep the calcium level at a sufficiently high and stable level in the time around calving.

This article has been published in the veterinary magazine Dyrlægen, 4:30-32, 2018, JJ Kommunikation. 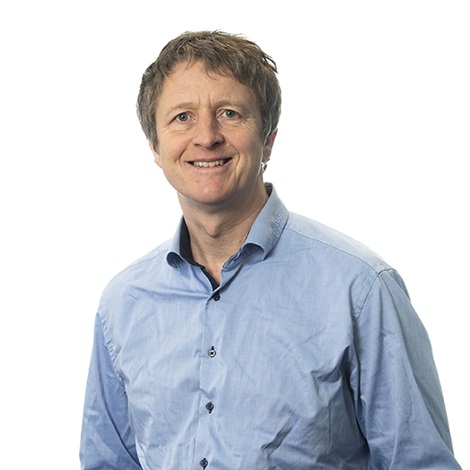