The subtype H9N2 influenza A viruses have been known to cause infection in the poultry population around the globe including Ireland, Iran, Germany, Italy, Pakistan, Saudi Arabia, South Africa and USA since mid-1990’s. In 1998, domestic pigs from Hong Kong were also observed to be infected with H9N2-like virus. Several human cases of H9N2 infection have been recorded since 1997 from Hong Kong and China in children and adults exhibiting respiratory tract infections. Recent human infections with avian inﬂuenza revealed, that H9N2 is the gene donor for H7N9 and H10N8 viruses infecting humans too. The crucial role of H9N2 viruses is due to the wide host range, adaptation to both poultry and mammals and extensive gene re-assortment. All these findings pointed towards the possibility of interspecies transmission of H9N2 viruses and its persistent threat to the human population. 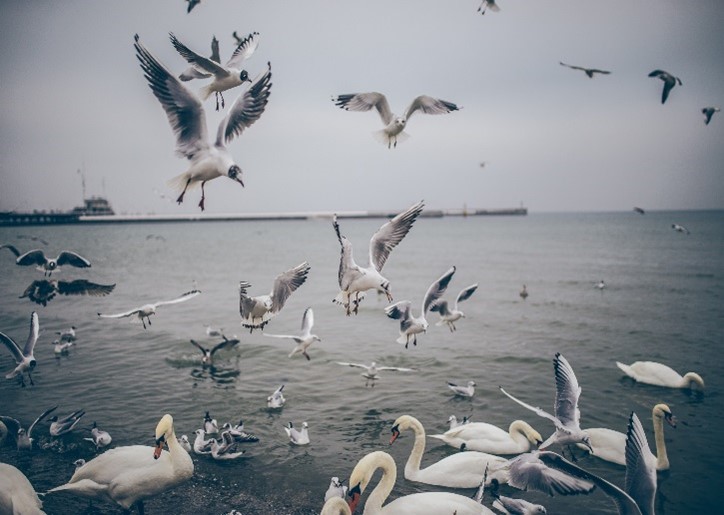 The H9N2 influenza virus can be transmitted by air droplet, dust, feed, or water. Because of the resistant nature of AI viruses, including their ability to survive for a long period at low temperatures, they can also be carried on farm equipment and spread easily from farm to farm. The virus replicates in the trachea, leading to severe respiratory disease and death. It also makes chickens more susceptible to secondary infections, especially Escherichia coli with a mortality rate of at least 10%. Avian Influenza outbreaks can lead to devastating consequences for the poultry industry.   A new Stalosan F efficacy test was made by the competent authorities in Iran against Avian Influenza virus H9N2. Together with the existing tests against Avian Influenza virus H5N1 and H9N9 it demonstrated, that there is no specific action of Stalosan F against different subtypes of Avian Influenza virus and its efficacy is excellent:

Test methodology included inoculation of the Stalosan F treated, as well as non-treated virus solutions (control group) to the embryonated eggs and the conclusion is, that Stalosan F does not kill or harm embryos, proving its safety for the living cells and animal tissues. Several factors can contribute to the spread of AI viruses, such as:  wild birds and migratory routes; farming and sale (live bird markets); globalisation and international trade. The best defence against spreading of Avian Influenza is biosecurity system applied on a farm level. Limiting exposure of poultry to wild birds through confinement and other biosecurity measures provides an opportunity to reduce the risk of introduction of the Avian influenza virus from wild birds. Consequently, it is a key to decrease the risk of exposure and infection of humans and recombination, that can be easily transmitted among humans.   The excellent results from the Stalosan F tests conducted against different subtypes of Avian Influenza virus and its broad-spectrum efficacy can be regarded as a first line of defense during the animal production. It is an important tool for the farm biosecurity system, effectively destroying viruses in the environment.