Prevalence of subclinical hypocalcemia in Hungary

The frequency of subclinical hypocalcaemia in domestic cow livestock is unknown. Domestic data from Dr. Könyves and colleagues show that the occurrence of subclinical hypocalcemia can exceed 50% (Könyves and co., 2019). The international data is also alarming. In 2002, Reinhardt and colleagues experienced varying degrees of subclinical hypocalcemia (Ca concentration ≤2.00 mM) in case of 47% of all cows with second or grater lactation in the U.S. In 2013, Rodriguez and collègues  in Spain showed that 78% of the examined cows were in a state of subclinical hypocalcemia (Ca concentration ≤2.14 mM). This year, a Danish company took the lead in a series of domestic researches in which freshly calved cows were tested at five domestic farms. The aim was to explore the baseline status, not the impact assessement of any product. This measurement is just a ‘snapshot’, showing only 50 data. But in five farms where the level of management, also the farm size and milk production is authoriative. We thank Vilofoss Hungary Kft for making the data available for us so we can share it with you.

The importance of subclinical hypocalcemia
Cows with subclinical hypocalcaemia have no clinical signs but they are more prone to certain diseases. Rodríguez and colleagues (2017) in Spain pointed out that subclinical hypocalcemic cows were 3,7 times more likely to suffer of displaced abomasum, had 5.5 times more chance for ketosis, the probability of the retained placenta increased 3.4-fold and the one of metritis increased 4.3-fold than in case of normal blood calcium levels. In addition, the risk of fetal membrane retention and metritis was further increased in the case of grater lactation cows, as the serum’s Ca concentrations were lower at this age compared to first-lactation cows.

Table 1. Effect of calcium levels on the occurrence of displaced abomasum, udder infection, ketosis, metritis and retained placenta, and oestrus before day 60 (Rodríguez and co., 2017)

Description of the examination
Five domestic dairy farms were selected. In order to protect their anonymity, we do not assign the measured data to the farms. Anionic salt preparation was not used on none of the farms.
At each farm, 10 blood samples were taken several times within 24 hours after calving from calved cows (blood taken from the tail vein, not inhibited in coagulation, stored refrigerated, transported to the laboratory within 72 hours). The average number of lactations varied from 2.4 to 3.1. Total concentrations of Ca, phosphorus and magnesium in blood samples were determined. Due to the topic of subclinical hypocalcemia in this article only the total calcium concentration is reported. The laboratory tests were performed by Dr. Zoltán Szelényi. The cut-off value for subclinical hypocalcaemia was 2.12 mmol / l.

Dairy farms participating in the experiment (as of August 2020): 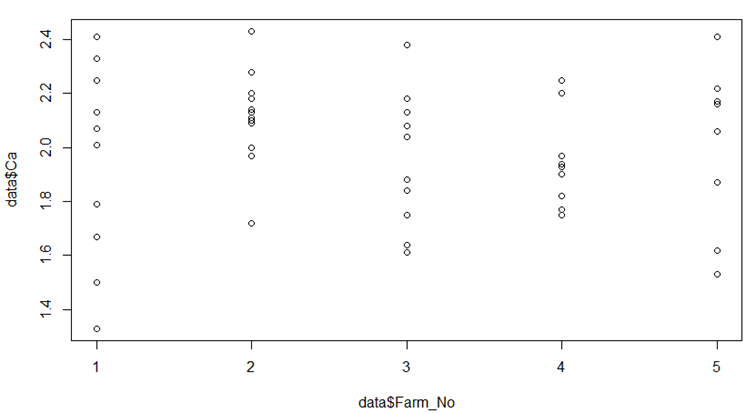 The measured data show that postpartum blood calcium levels are below normal level (without symptoms) in case of much more cows than previously thought. This may have or even has animal health effects. If the frequency is similar at the country level, it will have a significant effect on our long-term  useful life and our nation-wide reproductive biological results! So thus, the high occurrence rate of subclinical hypocalcaemia in Hungary should also be considered as a potential health risk of the transition cow, which requires further investigation.
Published in Tejgazdasági, November, 2020.
Share
Frontpage News Prevalence of subclinical hypocalcemia in Hungary
Back to Top