Stalosan F is proven to be effective against many problems, both those caused by bacteria and those induced by certain parasites. Examples include mastitis, high somatic cell count, and diarrhoea. Mastitis, is a complex disease caused by pathogenic bacteria penetrating the teat channel. The disease partly destroys the milk producing tissue and reduces the milk production. Often, mastitis infected cows must be culled. 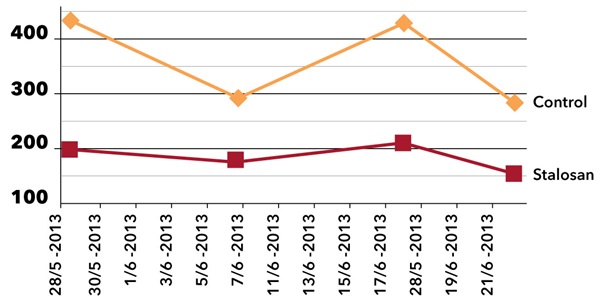 For cattle, spread Stalosan F in areas where the animals lie down, particularly under the udder and in damp areas. In penned and tethered stalling, spread the product at the back of the stall in particular, around the feeding trough and dung channel, etc. In deep-bedding housing, spread directly on the existing layer of bedding, particularly in the animals’ lying areas. Spread throughout the entire area in calf stalls.

Read more about trials and studies about Stalosan for cattle 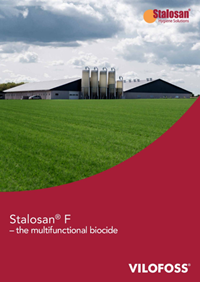